Trends in international student mobility during the pandemic

Findings from a session conducted at NAFSA 2022 by Cialfo with the Universities of Bath and Toronto, and Brown University. 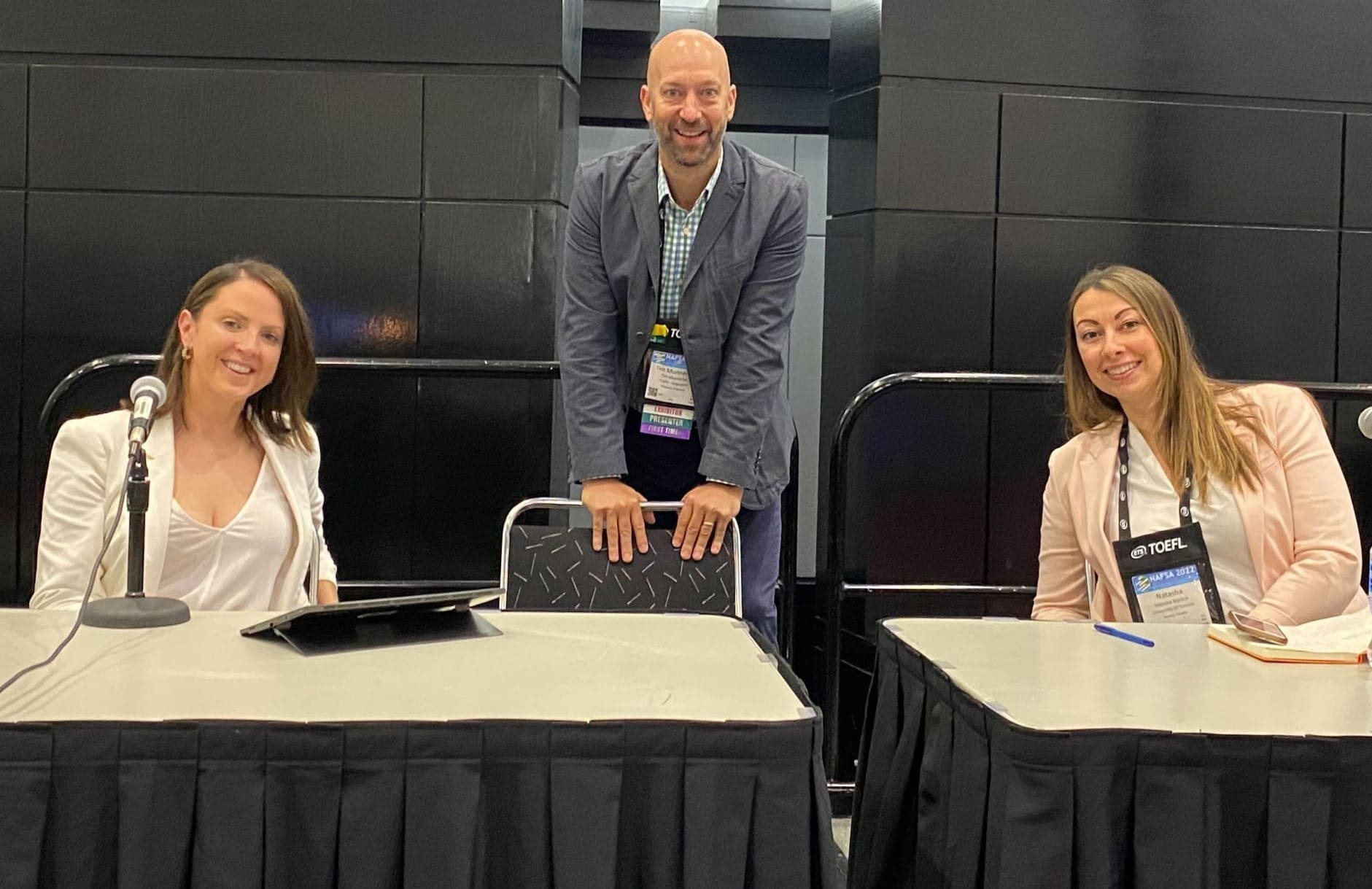 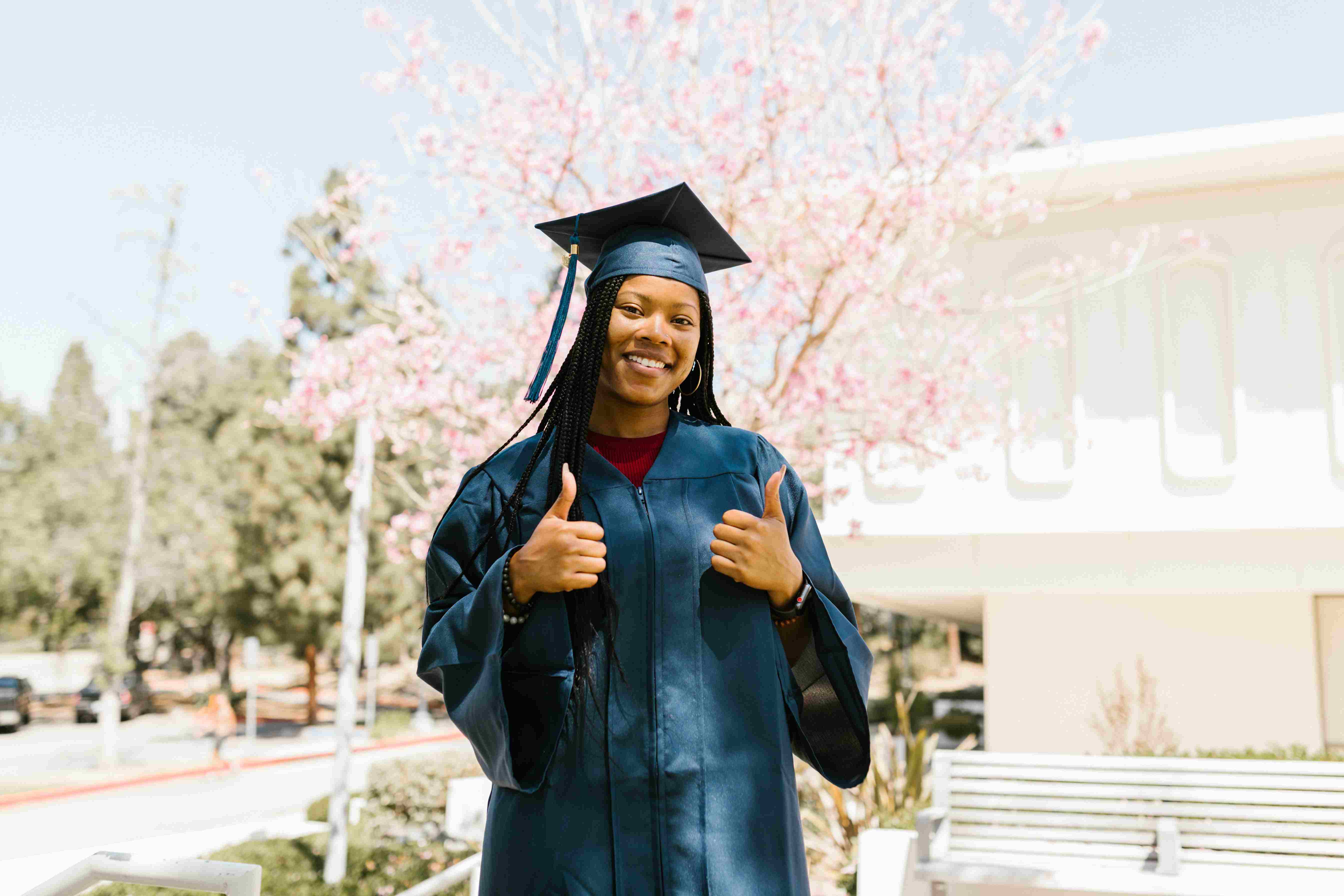 That the pandemic has posed unprecedented challenges to higher education institutions around the world is an accepted fact today. As new Covid-19 variants continue to emerge, the resilience and adaptability of institutions continue to be tested. Student recruitment has evolved dramatically since 2020, most obviously by pivoting to digital platforms for outreach and engagement. At a panel on ‘International Student Mobility Amid the Pandemic’ organized and moderated by Cialfo for NAFSA 2022 in Denver, speakers from the University of Bath, Brown University, and the University of Toronto shared their philosophies and experiences.

Changes in international student mobility during the pandemic

The speakers at the session were asked to respond to three questions:

A live audience poll for the same questions brought up the responses below:

Diversity: 43% of the respondents reported an increase, another 43% noticed no change, and under 2% mentioned a decrease of diversity in the applications received by their institutions.

Rise in student applications despite the pandemic

All three speakers reported that their institutions saw an increase in international student applications over the past two years. Moderator Tim Munnerlyn from Cialfo saw this as a reflection of the strong brand and longstanding excellence of these universities.

All three universities took up their own distinctive recruitment strategies during the pandemic. Broadly speaking, the University of Bath has been focusing on data, Brown University is more student-focused, and the University of Toronto has been adopting technology to maximize their presence and accessibility to prospective applicants.

Natasha Bijelich, Assistant Director of International Student Recruitment at the University of Toronto, saw a link between the increase in student applications and the implementation of several new communication channels for students. One of these was the fully integrated CRM with different campaigns for junior and senior students; this proved to be especially successful for the senior campaign. They also developed a separate landing page off the university’s website with a specific video on ‘How To Apply’. Since October 2020 when it was uploaded, it has had over 46,000 views. The landing page also links to weekly webinars with information about the university and virtual tours.

The implementation of a new, fully integrated CRM and more student-friendly content at the University of Toronto has been felt to be a contributing factor in the rise of student applications.

Ciara Newby, Head of International Recruitment (Undergraduate) at the University of Bath pointed out that the increase in their recruitment figures could also be due to geo-political reasons. Tensions between the United States and China have directed the flow of student applications from American universities towards the United Kingdom instead. British universities like Bath have also benefited from the more favorable foreign exchange rate. She also spoke about the impact of Brexit. Whether the UK will continue to divert its attention from Europe to strengthening ties with the Commonwealth and other non-European countries is something that remains to be seen. How this situation plays out will decide whether the impact of Brexit on student recruitment is lasting or will continue to evolve.

Another important factor aiding British universities is that the UK did not close its borders during the pandemic, compared to other countries like Australia. Further, the University of Bath worked actively to reassure the families of their international students, particularly those in China, about stringent health and safety protocols and standards.

The increase in international student numbers at UK universities can be attributed to a number of factors such as the geo-political situation between USA and China, more favorable exchange rates, and the fact that the country did not close borders during the pandemic.

Panetha Ott, Director of Admissions, International Recruitment, Brown University said that her university concentrated on assuaging students’ fears that the pandemic situation reduced their chances of getting into Brown. For instance, university representatives found that students were worried about being disadvantaged by not being able to show a strong extra-curricular report due to the prevalent restrictions on social activities. These sorts of changes signaled to her and her colleagues that it was important to reach out and reassure students that education was possible despite the challenges posed by the pandemic.

The use of online modes of communication like Zoom meant that they were able to reach out to more students and schools than they did before when they could travel. The pivot to Zoom came naturally, with the baseline being student-centered. ‘At a time like this, it is more important than ever to have the personal touch,’ Ott said.

Brown University actively worked on reassuring potential students about the impact of the pandemic on their applications. This, coupled with the use of online modes of communication, helped them to connect with more students and schools than before.

Greater diversity in student applications during the pandemic

Responding to the question about increasing diversity in applications, Bijelich agreed that there was a broader mix of students who were interested in the University of Toronto. She attributed this to digital marketing events like virtual fairs which allowed the university to reach out to students in the years when travel wasn’t possible. In the first year of the pandemic, the university took part in 112 virtual fairs; in the second year, 86.

Another positive outcome from the University of Toronto’s digital engagement with students through online platforms was that they received applications from countries they had never traveled to before, for instance, Myanmar and Morocco.

Ott noted that although some other universities saw a fall in the number of applications from China, this wasn’t the case at Brown — applications at Brown increased from all regions including China. Apart from Brown’s reputation, she highlighted going test-optional as a major factor. The reason Brown decided to do this is very much in line with their student-centric philosophy. Going test-optional spared students from the risk of catching Covid at a test centre. Brown has also been making a concerted effort to take in students from areas affected by war and turmoil, namely Afghanistan after the US withdrawal and Ukraine. Incidentally, Ukraine was in the top five of admissions for the class of 2026.

The University of Bath, like other universities in the UK, has seen growth in applications from students in South Asia since the UK government launched the work visa scheme in July 2021. Through the Graduate visa scheme, international students who have been awarded their degree can apply to stay in the UK to work or look for work at any skill level for two years (three years if they are doctoral students). With this scheme, the UK has become a popular study destination with growth in particular markets such as India, Pakistan and Nigeria, where students are keen to make the most of employability opportunities upon graduation. Newby also observed that Thailand’s economic prosperity and growing middle class have of late led to greater numbers of student applications at both undergraduate and postgraduate levels from this country.

With the Graduate visa scheme, the UK has become a popular study destination for students from India, Pakistan, and Nigeria, where post-study employability is an important concern.

Wishlists if resources were unlimited

‍"A college education is what makes a human more human."

Ott holds that given unlimited resources, she and Brown University would devote more time, effort, and people to pre-college and early advice channels for students. She would like to reach out in particular to students for whom going to college was never part of the family’s history or narrative.

Bijelich observes that in such a situation, the University of Toronto would invest into creating more ambitious digital marketing campaigns, and making their existing digital channels easier to navigate. She would like to be able to generate content to appeal to a wider global audience.

For Newby, the most important factor in recruitment is people. Higher education institutions have lately faced a very high turnover rate of experienced staff. To improve recruitment at Bath, to have the best team in place to reach out to students, she would devote unlimited resources to taking even better care of her people through wellness programmes like yoga classes.

In the aftermath of the pandemic, higher education institutions across the world have adopted their own unique strategies to best meet their student recruitment challenges. If we were to distill this into a few takeaways for others in the same space, here is how universities have coped with - and overcome - the challenges that surfaced in a post-Covid world:

Given unlimited resources, most university representatives at NAFSA agreed that these would be their primary areas of investment going forward:

Forward-thinking universities across the world are working with Cialfo to solve their existing recruitment challenges. To learn more, get in touch here

We are thankful to our university partner colleagues Panetha Ott (Brown University), Natasha Bijelich (University of Toronto), and Ciara Newby (University of Bath) for their insights and participation. 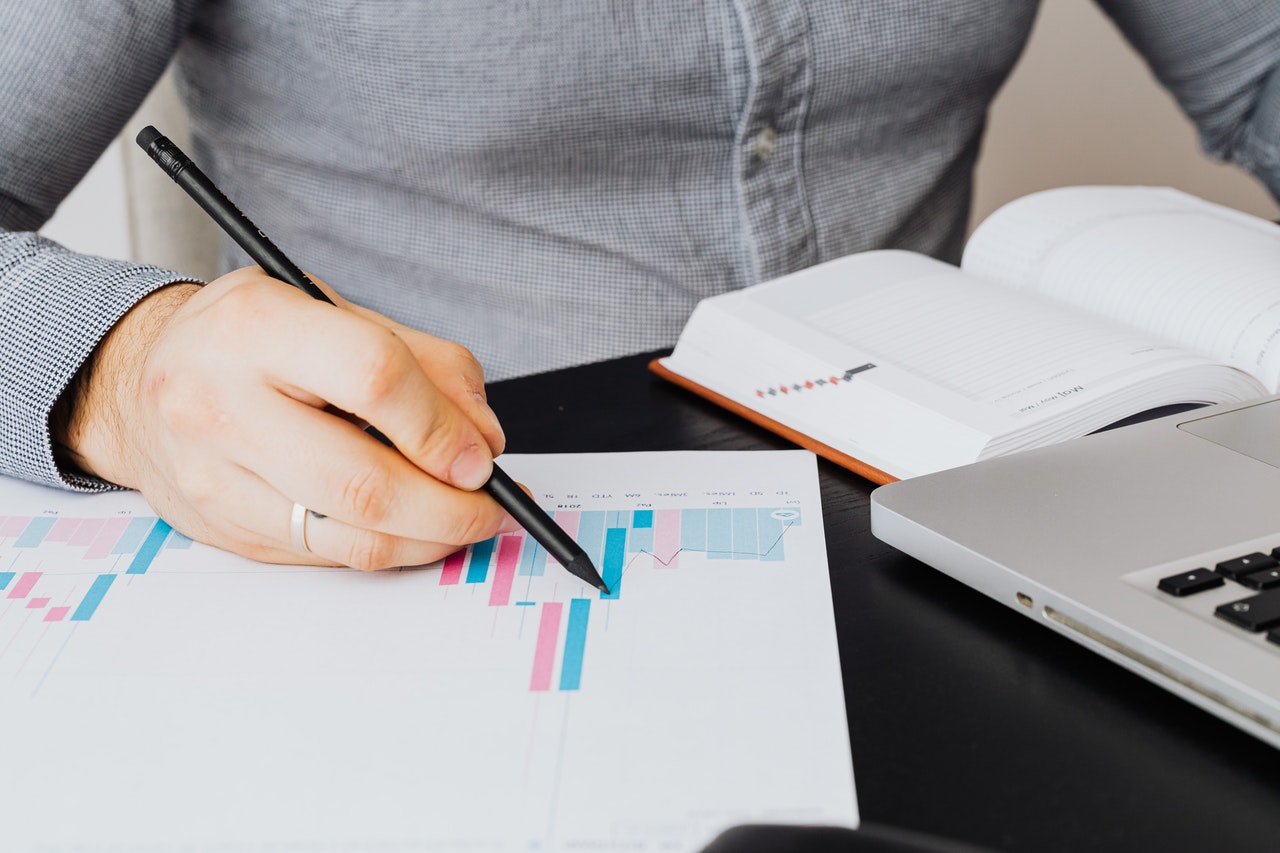 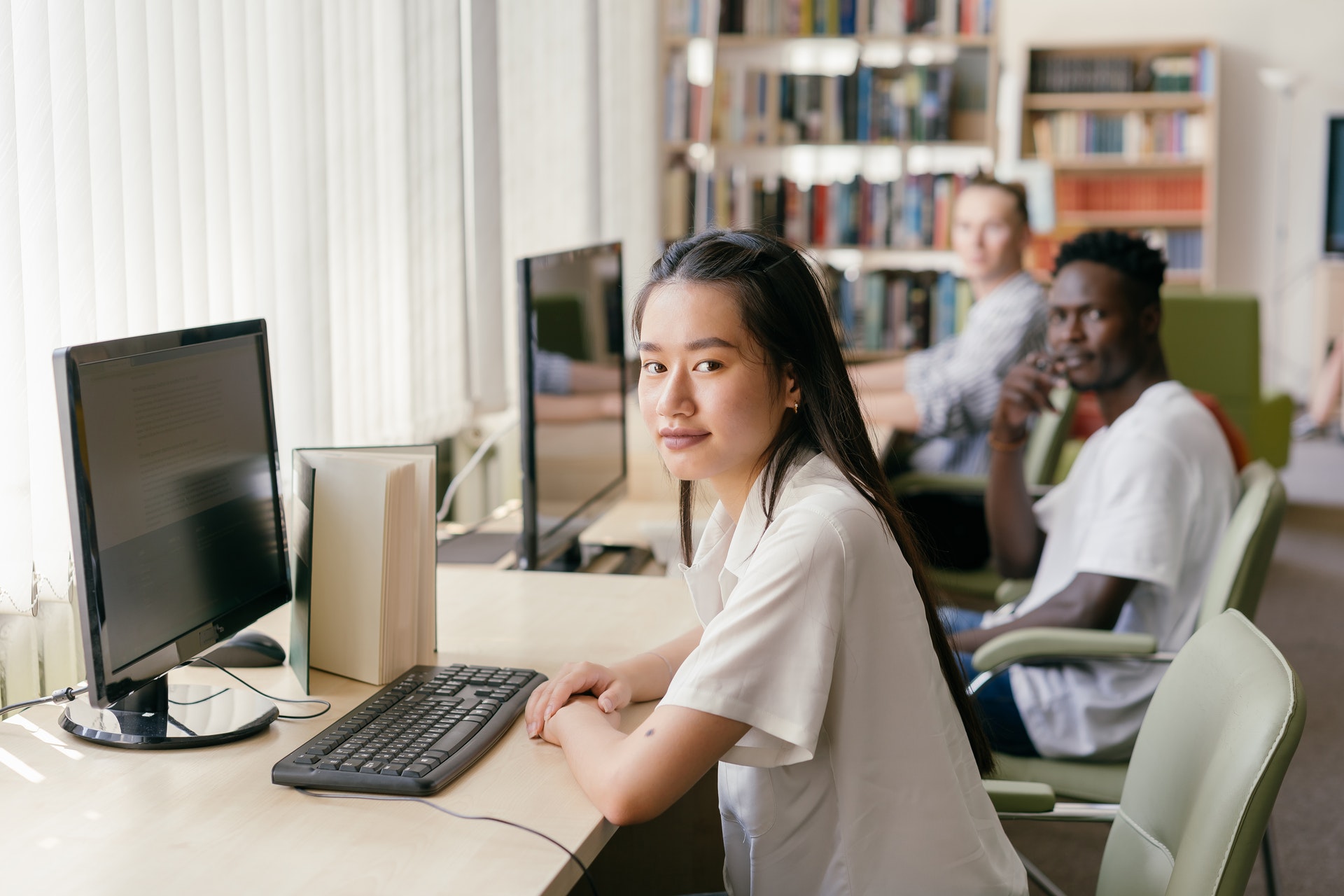 Virtual student engagement events have evolved since the start of the pandemic, with learning and audience feedback driving new and innovative approaches.

Copyright © 2022, Cialfo. All Rights Reserved.
Privacy PolicyTerms of use
沪ICP备17018044号-1
Designed with love by Flow Ninja